The Vortex Theatre hosts the world premiere of A Day at the Rusty Arms a comedy in one act lasting slightly more than an hour about three characters who live in an aging apartment building, the "Rustic Arms."

Franny (Janeice Scarbrough) is an energetic, childless, now retired "young" senior citizen. Widowed 5 years ago, she is eager to find a new purpose in life. Together with her best friend Malcolm (Frederick Ponzlov), who shares Franny's literary-theatrical backgrounds, they have developed an activist project, the Senior Corps, which they want to pitch to the town's hot young mayor. Risa, their collaborator in the pitch (Angelina Ortiz), disappears into the city because of a strange condition in which she acts out her dreams. Franny and Malcolm look for meaningful activity and worry about Risa, as Risa's experiences become more and more fantastical and hilarious. The story ends happily—more or less—for all three characters. 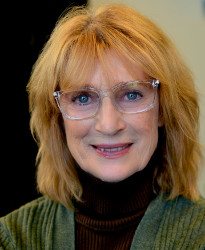 After earning an MFA in Dramatic Writing from UNM, Susan Erickson developed the Theatre program at CNM, where she taught courses in acting and playwriting until her retirement in 2020. Her plays have been done five times at The Vortex and elsewhere in educational, community, and professional venues. She has also directed often, most recently A Doll's House, Part 2 at The Vortex in 2019. 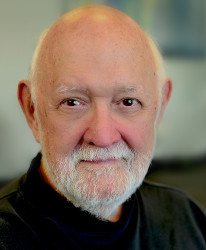 David Richard Jones was the founding Artistic Director of The Vortex in 1976 and served in various capacities on its board from 2005 to 2019. An Emeritus Professor of English at UNM, he is the author of Great Directors at Work and editor of New Mexico Plays. His most recent directing credit was A Doll's House at The Vortex in 2019.

This is the fourth of seven plays presented as part of the Vortex’s 2021 Virtual Season. Thanks to funding from the City of Albuquerque and New Mexico Arts, all tickets are FREE but advance registration is required to obtain a link to the performance. Six performances are Fridays at 7:30 pm, Saturdays at 7:30 pm, and Sundays at 2 pm April 16-25, 2021.

Auditions and all rehearsals were conducted either online or in a socially-distanced, COVID-safe manner. Performances were recorded in advance.

Please join us as we continue our Virtual Season!