The Vortex Theatre hosts the Albuquerque premiere of Frankie and Will written by Talene Monahon and directed by Leslee Richards. This is the sixth of six plays presented as part of the Vortex' 2021 Virtual Season.

1606 in England during the Black Plague has shut down the theaters, leaving people, including theater people, stuck in their homes. In Frankie and Will, playwright Talene Monahon whimsically imagines William Shakespeare as trapped in quarantine with his unpaid apprentice Francis... 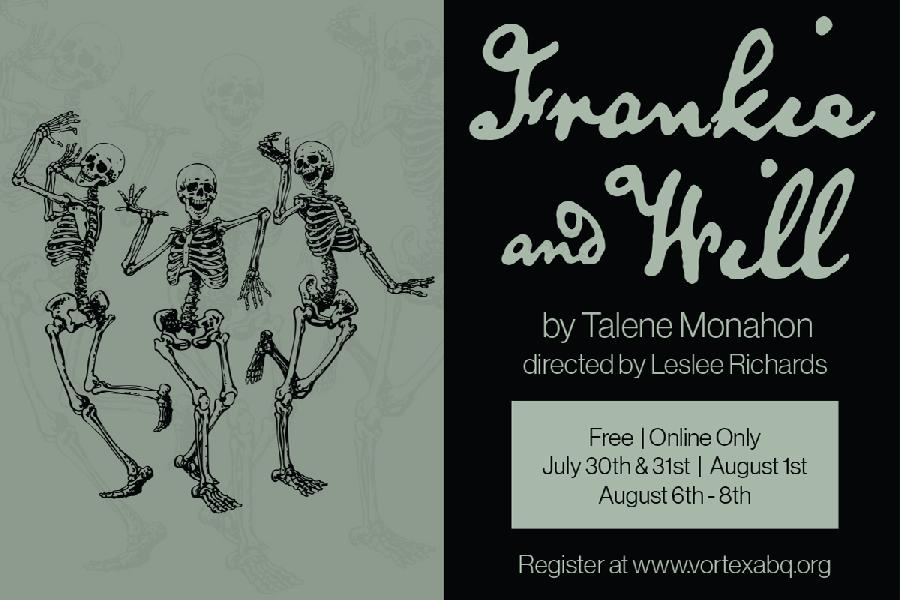 The Vortex Theatre is accepting directing proposals for our 2022 season of live plays. Interested directors should use the online proposal form at https://vortexabq.org/proposals.htm before September 1.